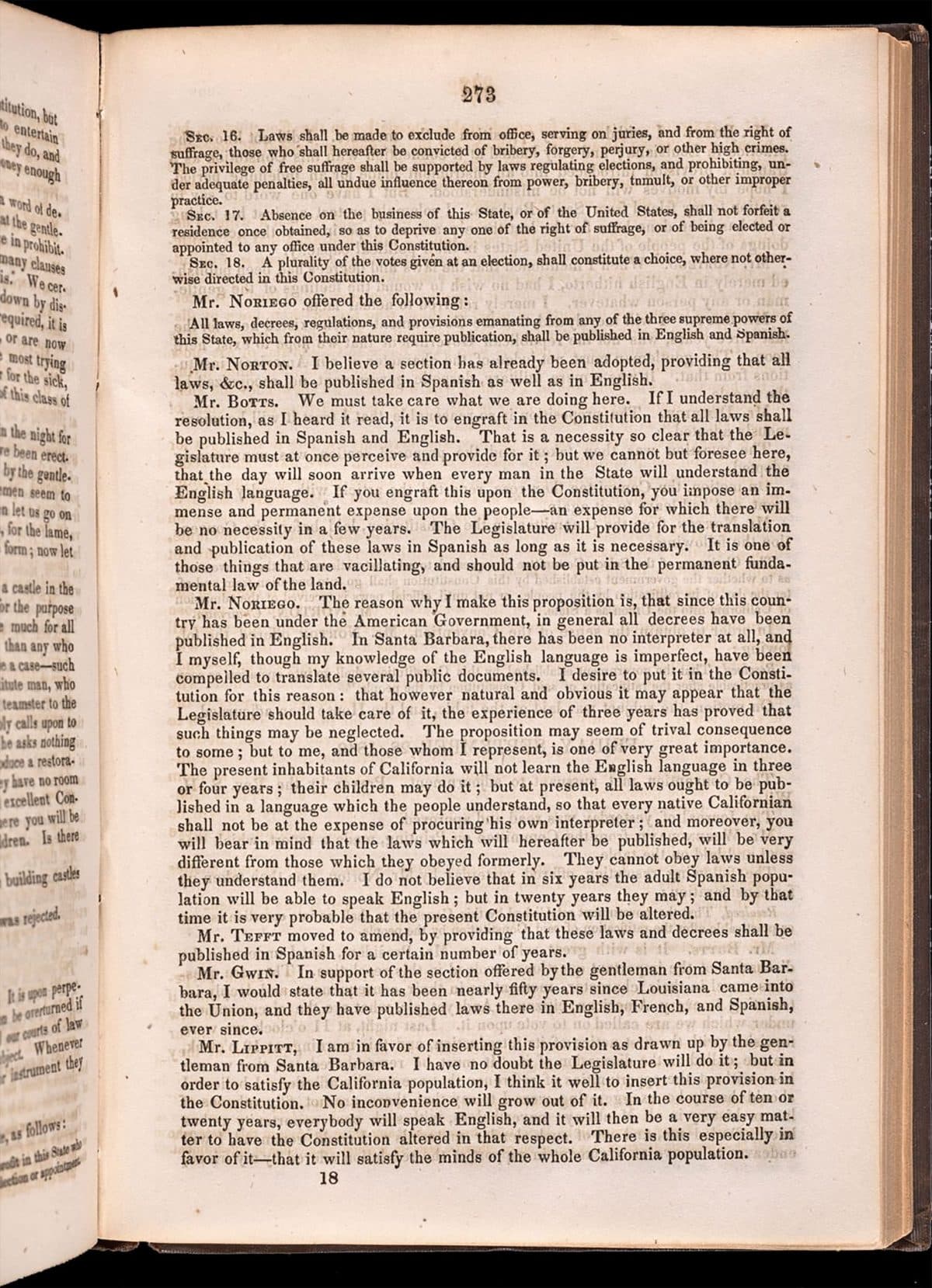 Debates of the California Convention of 1849

In 1849, during the writing of the state’s first constitution, California delegates debated a provision requiring that all laws and other important government statements be published in both English and Spanish. The convention approved the proposal and voters ratified the constitution by a wide margin.

Over the next three decades, California’s population expanded greatly. The influx of immigrants from the east swelled the number of English-speaking residents. When Californians ratified their next constitution in 1879, they made English the state’s only official language. 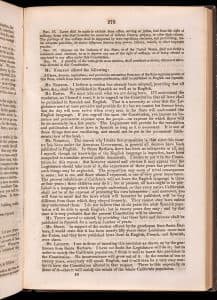 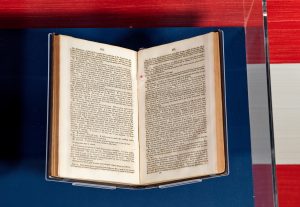 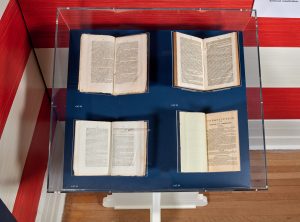