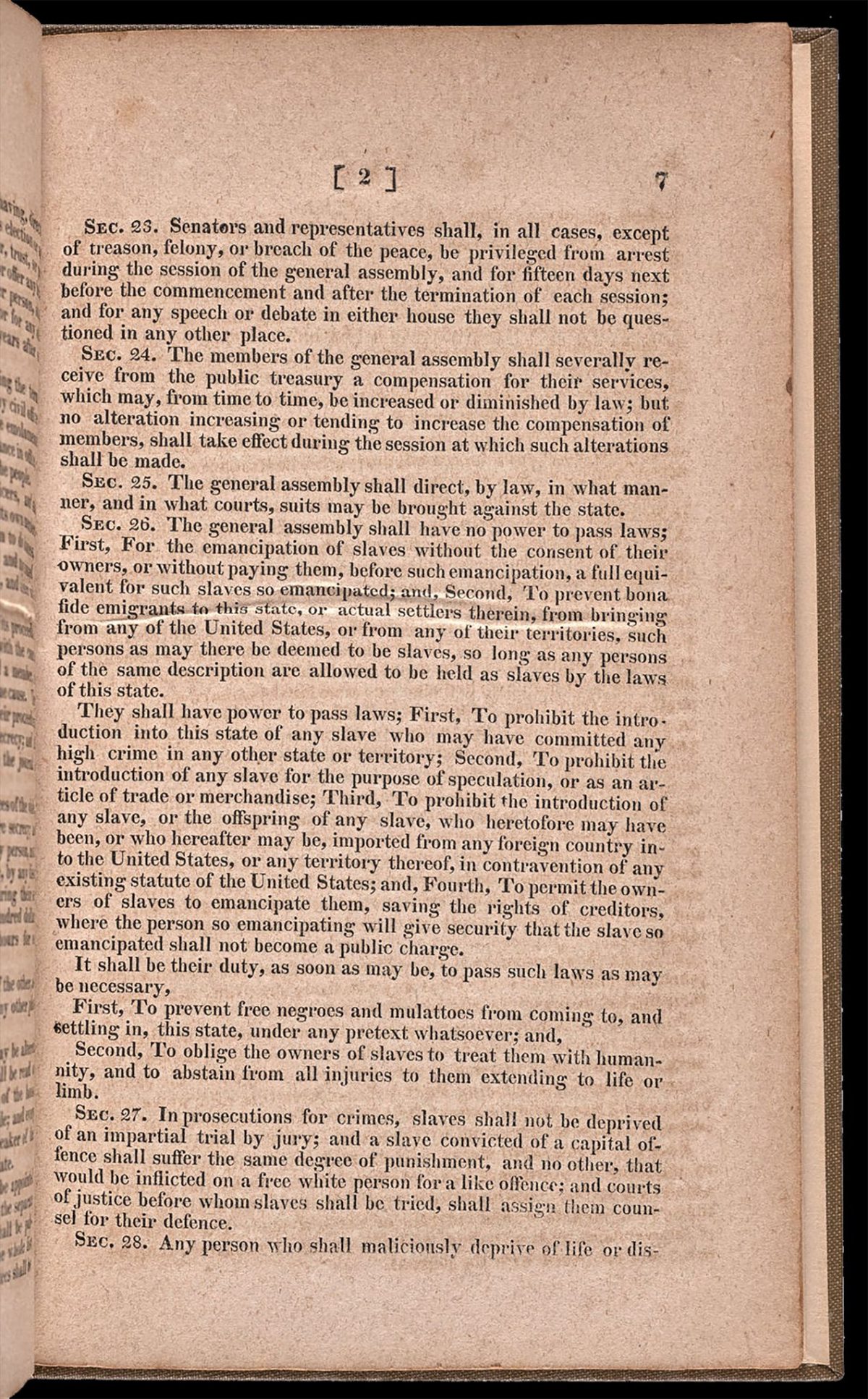 The early decades of the new republic saw thousands of Americans stream westward to settle territories established by the federal government. When a territory’s settlers applied for statehood, they wrote a constitution that either banned or allowed slavery. Everyone expected Northern territories to become free states and Southern territories to become slave states. After thirty years of expansion, the union contained an equal number of each.

Missouri’s impending statehood forced Americans to take a stand on slavery. Because Missouri did not lie clearly in the Northern or Southern half of the country, Americans in both sections saw it as rightly their own. In 1819, Northerners in Congress insisted that Missouri be admitted as a free state. Southerners objected, arguing that Missourians had the right to draft a constitution that allowed slavery.

Alarmed by the controversy, Congress adopted a “Missouri Compromise” in 1820. It admitted Missouri as a slave state but banned slavery in all remaining Northern federal territories. At the time, the Compromise appeared to guarantee that many more free states would be added to the union in the future. If the United States gained more territory to the south of Congress’s line, however, the precarious assumptions on which the Missouri Compromise rested would be overturned. 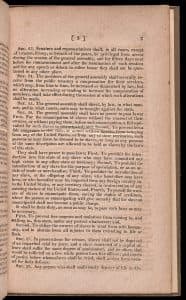 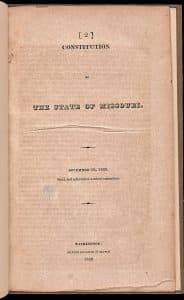 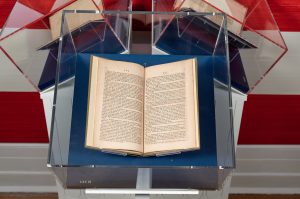